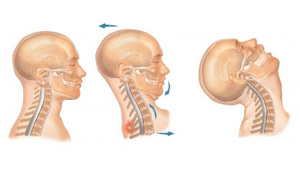 The following information is taken from Dr. Pace's whiplash book.

If you’ve been injured in a car wreck you’ve got several options for treatment.

Each of these professions help people with a variety of health complaints, but the question to be answered is this: which has been proven by scientific research to be the best treatment for whiplash injuries.

And for this question there is only one answer: Chiropractic.

Chiropractic doctors are primary care health care providers licensed by each of the 50 United States and by the governments of many other nations (including Canada) to diagnose and treat conditions of the human body without the use of drugs or surgery.  The primary method of treatment provided by chiropractors is known as spinal manipulation.  The primary goal of spinal manipulation treatment is to restore the position and function of the joints of the spine.

The primary cause of neck and back pain from whiplash is restricted motion in the spinal joints.  In the process of the whiplash injury, shear effect to the spine causes minor changes in the position of joints in the spine, as well as major changes in the function of the joints of the spine, resulting in restricted motion of the joints, which causes pain, as well as the other symptoms.

While drugs may provide temporary relief of pain (until the effect of the drug wears off), they do nothing to correct the damage that the whiplash caused.  And while the other treatments mentioned do have merit for a variety of ailments, none have been shown to provide any long-term benefit for whiplash injury.

A study reported in the Journal of Orthopaedic Medicine summarized it this way:

"Conclusion: Whiplash injuries are common.   Chiropractic is the only proven effective treatment in chronic cases.”

In both groups, chiropractic was the only method of treatment that was proven effective. (1)

This study followed another study from the same university that showed that although 43% of whiplash victims suffer long-term symptoms for which no conventional (medical) treatment has proven to be effective, 93% of patients im-proved following chiropractic treatment. (1)

Another study compared the effects of chiropractic treatment to the drugs Vioxx and Celebrex, and acupuncture in the treatment of chronic spine pain, and followed up a year later.  An earlier study showed that after 9 weeks of treatment, chiropractic spinal adjusting was more than 5 times more effective than the drugs Celebrex or Vioxx.  Follow up after a year showed that the therapeutic benefit of chiropractic spinal manipulation was largely stable for at least a year, much better than either drugs or needle acupuncture. (2)

The authors of this study also stated that in cases of mechanical spine pain (such as whiplash) only about 15% of patients are given a definitive diagnosis.  What this means to you is if you’ve been in an accident and have spinal pain, and have been to a doctor other than a chiropractor, there’s an 85% chance that you’ve been misdiagnosed, and as such, you probably haven’t received proper treatment.﻿

What If I Don’t Get Treated Properly?

Since 1956 more than 55 studies have followed the long-term effects of whiplash injury. (6,7)

According to this huge volume of work, only about 35 to 50% of whiplash victims ever fully recover, leaving between 50 to 65% who never recover completely. (6)
For example, one study found that 43% of patients will suffer long term symptoms following whiplash injury, for which no conventional treatment has proven to be effective. (8)

Why?  Perhaps it’s because those unfortunate people have either been diagnosed or treated improperly.

Another study found that 85% of patients in car wrecks are given a wrong diagnosis, meaning that about 85% receive improper treatment. That easily explains why such a huge number never fully recover from their whiplash injuries.

In the same study that showed that 43% of whiplash victims suffer long-term symptoms, they also found that 93% of patients improved following chiropractic treatment. (8)

So what happens if you don’t get proper treatment from a chiropractic doctor?   Will your injuries heal without treatment?  It’s possible that any given whiplash injury could completely resolve itself over time without any treatment whatsoever.

Possible, but not probable.

Since it’s impossible to tell whether your injuries will heal themselves, the prudent thing to do is again look at the available research to see what happens to most people who get improper treatment or no treatment at all.

The author’s conclusions:  “Most trauma patients have moderately severe pain from their injuries 1 year later.” (9)

Additionally, this study showed that neck pain and headaches are not the only long-term pains from whiplash. The study also looked at other conditions that may be related to a history of neck injury from whiplash.  The authors looked at allergies, breathing, cardiovascular, and digestive disorders, hypertension and low back pain.  They found that people who had previous whiplash injuries had a greater chance of suffering from all of the above disorders, except hypertension. The instance of many of these disorders was close to twice as frequent as those with no history of neck injury. Plus, people who had suffered neck injuries and who suffered from one of these disorders reported that the impact of the disorder was greater than was reported by those without neck injury.  Additionally, they found that the general health of those having been injured was significantly lower than in those who had not.  (10)

In another study, researchers applied a device to the spine of small animals for varying lengths of time then removed them.  Analysis of these animals after the devices were removed showed arthritic changes in the area of fixation (fixation can be defined as an area that has lost it’s normal range of motion).  This probably indicates that if an area is restricted from normal motion for even a short amount of time, arthritis (degeneration) is sure to follow. (11)

If it’s true that restricted motion causes arthritis, then doesn’t it make sense that restoring the normal motion following injury would help stop or slow down these degenerative changes?

This is another reason that chiropractic treatment has been proven to be so effective in whiplash treatment. Spinal manipulative treatment corrects fixations of spinal and other joints that is brought on by the shearing forces of the whiplash injury by restoring the normal motion that is required for normal function.  And normal function generally equals no pain.﻿

7. Croft, A. (Can you guage injury risk or severity from the amount of vehicular property damage in motor vehicle crashes?) Dynamic Chi-ropractic. Volume 20, Issue 26 (December 16, 2002).

Give us a call at:

Or send us an email.

The Injury Center of Kenner

Get the latest news about chiropractic.